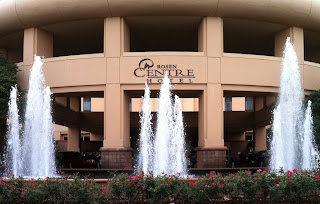 February 22, 2013 OS91 hosted its 5th Annual Tribute to Honor America's 1st Responders at the Rosen Centre Hotel on International Drive in Orlando. "The best yet!' was heard over and over after the deluxe Luncheon and Tribute with almost 400 attendees. 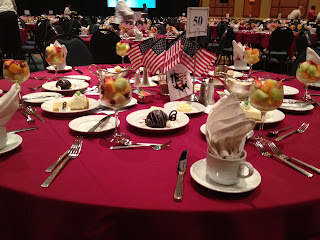 Orange County Sheriff's Office Honor Guard kicks off OS91's 5th Annual Tribute
Firefighters, EMS, Law Enforcement, Police, Military, Dispatch and Corrections Officers from about one dozen counties throughout Florida came to be honored and thanked for their service by Operation Safety 91 and the supporting businesses, organizations, and civilians present. 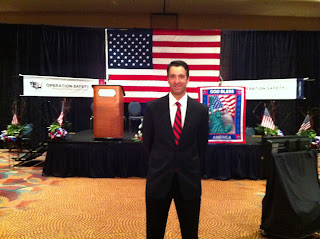 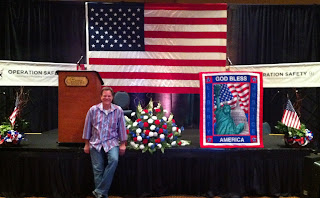 Tim Kaufman sang "I Believe In America!
This year's Event was live streamed by Al Haslam, OS91 Board member and Regional Head of Face to Face Live, Inc. (www.facetofacelive.com/). This was a dream come true for OS91, and made our Event available for viewing during and after the Event for all those Responders, Responder Chaplains, and Responder Ministries with whom we partner from all over the world. In fact, during the Event a Responder present received this text from his son currently serving in Afghanistan: "I'm watching!" 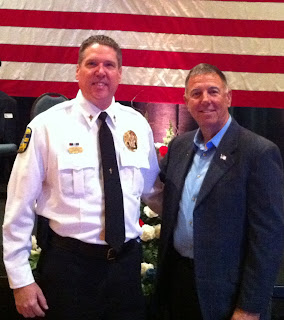 OS91 National Spokesperson COL Danny McKnight
with OS91 Board member Kurt Hilton
The Event special speaker was OS91 National Spokesperson, COL Danny McKnight, U.S. Army (Ret.) of "Black Hawk Down" renown. (www.dannymcknight.com/). Not sure that there was a dry eye in "The Hall of Heroes" Ballroom as COL described an incident of a young soldier hit by an IED during his trip to Afghanistan in 2011. As this wounded warrior was being taken into Emergency Surgery, COL leaned down and gave him one sentence of hope, which has blossomed into what will be a life long friendship. COL McKnight was given a very spontaneous standing ovation by all present as he left the stage. 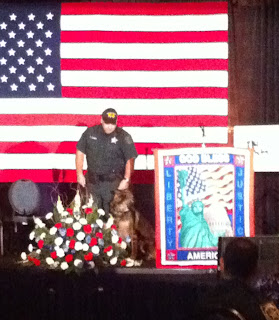 K-9 Officers and their 4 legged partner Officers honored
Operation Safety 91 honors all Responders of all disciplines each year at our Tribute Events, with an emphasis on one group. This year's emphasis was on Police and Law Enforcement, including K-9 and Equine Mounted Patrol. 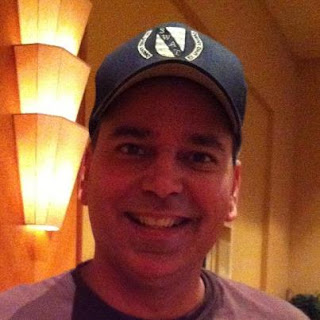 Keynote Speaker: Officer Jorge Diaz
Our Keynote Speaker was Jorge Diaz, co-founder of Officer of the Lord Ministries (www.officerofthelord.com/), a Military Veteran, currently a Police Officer and Police Chaplain serving in West Miami Police Department. Jorge spoke to the Responders heart-to-heart instructing them in their own language how to be supernaturally protected from harm in a very dangerous profession. 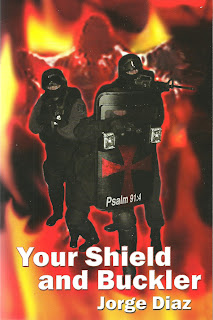 www.officerofthelord.com/shieldandbuckler.htm
Jorge is the Author of "Your Shield and Buckler", which is Psalm 91 for Police, LEOs, and SWAT. Thanks to Officer Diaz's generosity, each attendee was given a complimentary copy of his book! Jorge and his partner, Retired SGT Terrell Duke of Hialeah PD, shared some testimonies of the miraculous protection of Psalm 91. 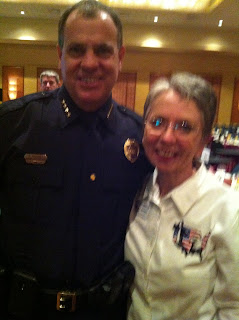 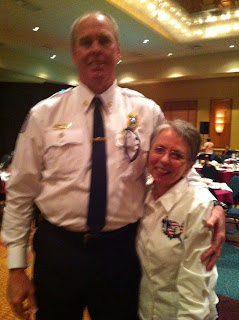 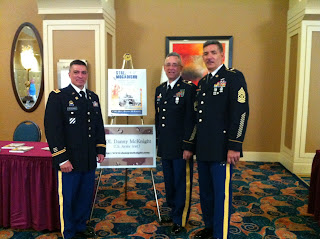 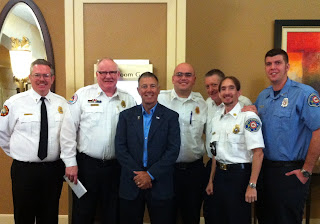 Groveland and Minneola Responders and Chaplains
with COL McKnight 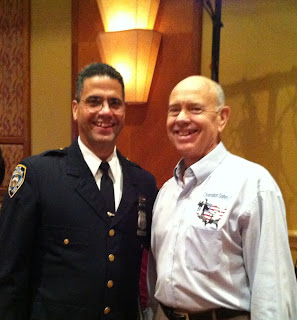 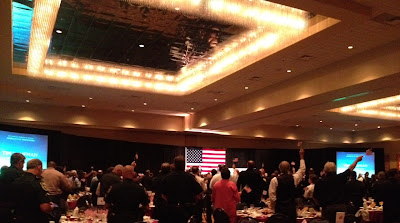 A heartfelt thank you to our Sponsors