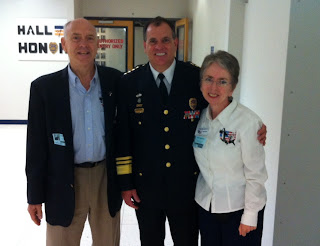 OPD Chief Paul Rooney with Ed and Mary Ganster
What a joy and an honor today to attend Orlando Police Department Awards Ceremony. Over and above attending we were doubly honored that our Founding Chaplain Andrew Wade, Sr. Chaplain of Orlando Police Department was honored with a Patriotic Employer Award as was Chief Rooney himself. Both Chief and Chaplain Wade well deserved this honor! 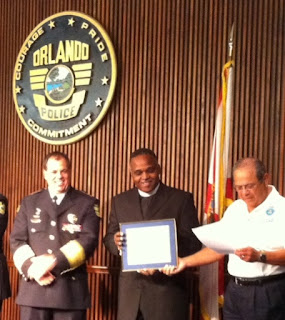 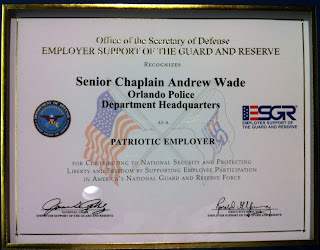 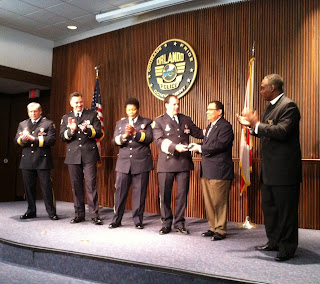 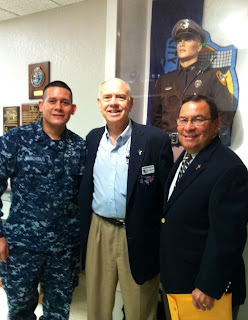 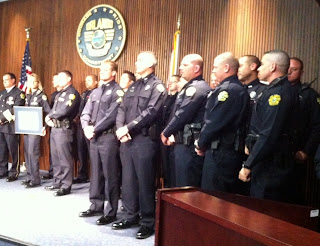 Units were awarded for bravery and heroism

The Awards Ceremony was a very special time dedicated to the recognition of outstanding people both within the OPD force as well as outstanding citizens. As Units within OPD were recognized, very detailed accounts of chases, apprehensions and shootings were shared with the audience. 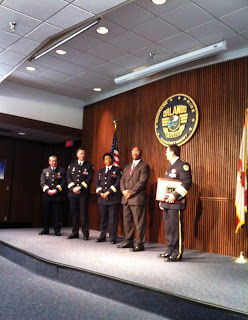 Retirements were also announced. Willie Webb, retiring from OPD after 29 years of service, was awarded, as were the other retirees. Willie referred to 1 Kings 3, admitting he had not divided his time well between family life and the Police force. And while thanking his family for their understanding, he advised the current active Police Officers to ask God for wisdom in this matter.

The unusual men and women Officers we were privileged to applaud this morning for their outstanding service, are, in my opinion, the true heroes of today...along with our other Responders: Firefighters, EMS, Military. They risk their lives for us on a daily basis. OS91 wants to educate the public to understand this fact as well as to appreciate and honor all Responders who rescue, protect and defend us. We salute all those awarded today at Orlando Police Department! Thank you for your service! 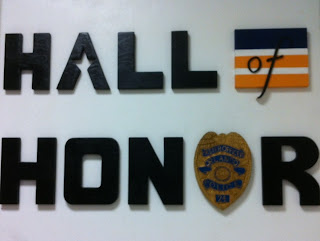